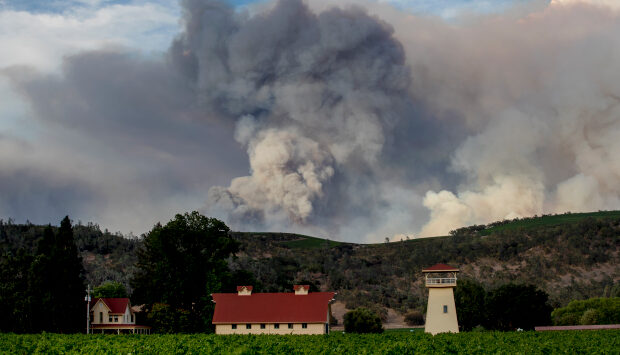 It’s a little odd, but there are few people on earth of whom I am fonder than my second wife Joan Crowley, to whom I was married for seven years in the 1970’s.

In addition to being a great beauty – perhaps a hair less so now, in her mid-80’s – she is brave as a lion and broadly able. She moved to Napa a while back, bought a small mountain top and, with no background in the field, began to grow grapes. With extraordinary success … 95’s in all those rankings for her wine. It’s called Crowley Vineyard; she kept the name, to my great pleasure.

Now the forest fires are raging all around her lovely place. Lots of her neighbors have lost their vineyards and she had been evacuated. The fires appear to be closing in.

I just talked to her and heard – again – that her place was still okay. But tonight the winds are to be really high, and the fires are very close. If she gets by tonight, they say she may be OK.

Knowing her, I begged her not to be brave and try to get into the fire area. She admitted she had already tried and might again. I said that was crazy at her age.

She said, “Well, at least I won’t have to pay for cremation,” and we both laughed. Such a terrific woman. A mountain lion, wandering around up there in the smoke and the flames.