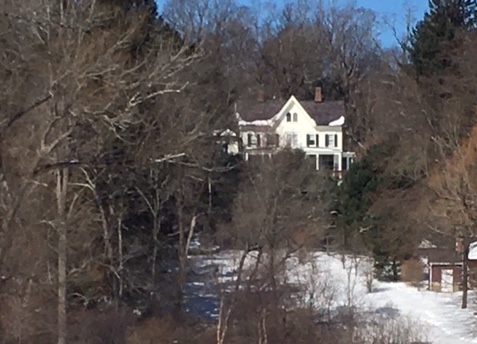 I just got my second shot (I am 117 years old, which is a help), and the impact was surprising. Very surprising.

In practical terms, it didn’t make that much difference, because Hilary is still a kid and can’t get hers. But the “intangible” impact was enormous. There was this huge surge in optimism, cheerfulness, energy, decisiveness … all kinds of good stuff. Presumably because now – in the midst of the plague year – I was more or less bulletproof. Yippee, Skippee!

But that was obviously wrong; I was the type. I suspect we all are. My spirits had soared because a huge target had been taken off my back (someone my age is said to be one hundred times more vulnerable to Covid than someone younger), and that felt amazingly good.  That was almost a week ago and I’m still flying… wonderful. You will, too, I imagine. Hope it’s soon.

But it suggests a problem, doesn’t it? If the good old “death angst” is that strong – even for someone as relentlessly optimistic as I am –  it’s going to come back. And when it does – when death circles around again in some other form – the depression will likely return. And I don’t want that.  I want to go flying over the waterfall at a hundred miles an hour – like Wylie E. Coyote chasing the Road Runner. What to do?

Well, write a novel. Writing my wonderful, “debut” novel – THE PRACTICAL NAVIGATOR a  carefully written legal mystery –  has soaked up almost all my attention and given me great joy. Or, if you don’t happen to have a novel in your system,  do some damn thing you care about. Makes a huge difference.

By the way,  NAVIGATOR comes out on March 15. Get it on Amazon then. Or preorder it right now. Pretty good fun. Or at least go to the neat website to get a better idea about it. Worth the trip.