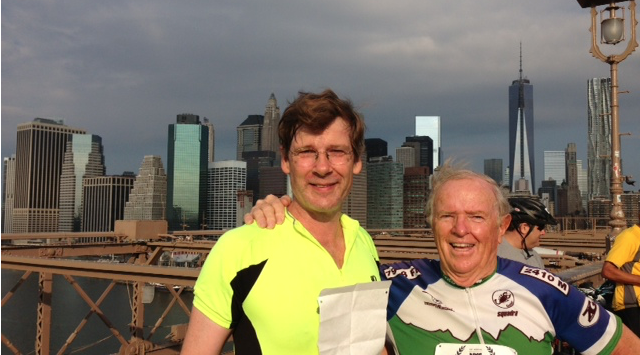 When I was in my late 70’s, my beloved partner and co-author, Harry Lodge, and I went for a long bike ride up here in the Berkshires, along with a heart-doctor pal of his. It was a serious ride, including a slog up the notorious Bash-Bish Falls Road, a long hard climb with 12% grades in places. Not so many people can bike up a 12% grade; they have to walk their bikes. The two of them were 25 years younger than I but I bike a lot and we were able to do it together. At one point, I had gone ahead a ways, on a hard patch, and was powering along. The heart doc – who was struggling – was impressed and said so. Harry said that he shouldn’t be, that my physical condition should be the norm for people my age, not the weird exception. He went on to say, as he later told me: “I wish I could make every gerontologist (doctor for the elderly) in the country take this ride with Chris. So they could see just how good life in the Third Act can be. And how wrong most of them are about what’s possible.” Good old Harry, man. He was so smart. How I miss him.