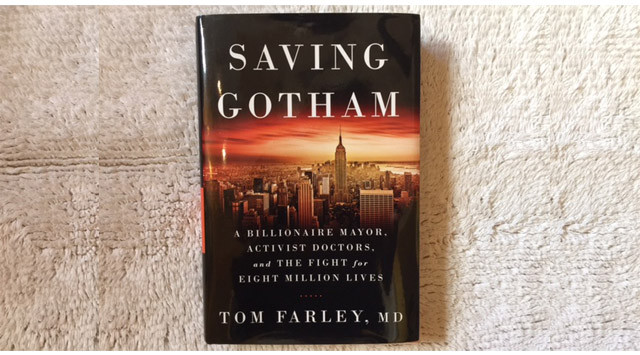 One of the great shifts, in our lifetime, has been away from confidence in government to something like a horror of government, at least in some quarters.  I was a Wall Street guy all my life and thus a bit more conservative than many. I thought significant anti-government change made sense. BUT the pendulum has swung too far. The poor and the middle class are getting smacked around, badly, and the rich – or some of them, anyhow – have managed to convince everyone that the government is the enemy. Which – in the context of the present economy – is just not true. Obviously some companies are doing amazing and wonderful things for us all; we are blessed with an astonishing economic creativeness and energy, much of it sparked by the freedom to do stuff and make money!  But others make dough by working the dark side. Especially in a couple of areas I care a lot about: nutrition and the environment.  Too often, Big Food and Big Agriculture are beavering away to prevent sane controls and the regulation of bad stuff.  The highly paid PR folks on the conservative side have people worrying about  government thugs showing up in black helicopters. When the real worry  is  Big Food showing up, all smiles,  on TV and in stores, with near toxic slop, to sicken us and our children. For money. Does Big Food do some good stuff? Of course. But not much. A shocking majority of their products – almost all their processed products and all soft drinks, including the mislabeled “sports drinks”  – are awful damned bad. And the supplements industry is worse.

Corporate America wrote my paychecks all my life and is doing so now. So I’m not confused about the good they do, believe me. Nor do I undervalue the profit motive; I am a fervent capitalist. But they need to be watched and regulated.  Because they can get too excited about dough and do serious harm. Sorry, but it is a topic I know from the inside.

This comes up because I just had lunch with a terrific guy, Tom Farley, M.D. who was Mike Bloomberg’s Commissioner of Health and a major force behind Bloomberg’s astonishingly successful fight to prohibit smoking in public places, outlaw trans-fats and force calorie labeling on fast food chains, so that consumers at least knew how much poison they were getting in each jumbo order of fries. He was also a leader in the still-pending war on criminally sweetened soft drinks and other junk food. As a result of these and other things, life expectancy went UP over three years during Bloomberg’s tenure…more than any other city in the country. Get Tom’s terrific new book,  SAVING GOTHAM, it’s a beauty.

Those changes were achieved by a powerful and enlightened City government. No one else could have (or would have) done it. And the City did it in the teeth of fierce and sometimes unscrupulous business opposition. Interestingly, it was the Republican billionaire, Mayor Mike Bloomberg, who led the way. So it is a bit of a mixed message: The “government” did it, but led by the quintessential capitalist. But the message is still sound: some times it is only government that can effect important reforms. And too often, Corporate America is on the wrong side. In our excitement (the past 30 years) about shrinking government, we have forgotten that at one time, business did some rotten stuff (think sweat shops and child labor), and sometimes they still do (think strip mining, tobacco and fast food). We forget how important it is to exercise some level of control…something which only government can really do. Which is why the Koch brothers and what used to be called (by that other great Republican, Teddy Roosevelt) “malefactors of great wealth” hate government so much. They want to be left alone to pursue their ways, at our considerable expense. These are the folks who say that coal and  oil are your friend and that climate change and emission control is nonsense. Good grief.

What Tom Farley says, again and again, is that it was big tobacco and food companies which fought like steers to prevent those obviously necessary changes to promote health and save lives. In my talks I often say that some of my very closest friends ran big tobacco companies and big food companies (one Big Food CEO was in two of my weddings!). Wonderful people and their only flaw, I would go on to say, is they were willing to kill us for money. That’s a joke. But there’s enough truth in it to make it a grim joke. Look around! We are subsidizing the killers and killing the regulators, with corporate contributions. That’s bad policy. Hell, that’s corrupt.

There is a desperate need for profound behavioral change in this county…to finish the war on tobacco…to carry the fight against rotten food and obesity…to create movement-friendly environments. But the forces of greed. – which is a fair way to put it – are mighty strong. The only way we are going to achieve real and lasting change is to create a big enough popular movement (that’s you and me, kids) so that government gets interested. So interested that the rise above “contributions” which are really just bribes, to look after the public good. The other big push is to get the good guys in corporate America to weigh in on the side of the angels.  Rotten food and idleness hurts profits just as much as it hurts individuals. Employee fitness should be True North for a well run corporation. There’s a fortune in it, no kidding! No topic for a blog, but do think about it. And get Tom’s terrific book.