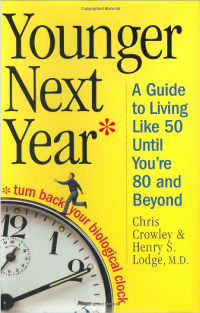 It’s been a little tough around here lately… a bunch of pals, including one extremely close one, have died and I am a little blue. We went out to the writer,  Peter Mathiessen’s,  house in Sagaponack for a small service for him… to whom we had gotten fairly close when we lived out there too. Not really close but tennis, dinner and one trip overseas. And Hilly painted his portrait (a beauty). So, close enough not to have real affection for him.  And to feel a little cheated by his death, even at 86.

Just before that  we learned that the lovely  screen writer, Lorenzo Semple Jr, of whom we were extremely fond, had died at 91. Bummer. Hilly painted him, too.  He was superb company. His great gift was that he thought and acted like a bit of a kid, all his life.  Funny, deeply irreverent and mostly kind.  His portrait hangs on the wall in my little study  in New York. Always will.  Makes me feel good.

But the toughest for me was my almost-life-long pal, Jimmy

Benkard, 76. We’d been associates for a while, competing to become litigation partners. Then partners for a couple of decades. And extremely warm friends, all that time and ever since.  Hard-working and smart, he had the rare blessing, among such people, of not taking himself very seriously  and being supremely funny.  He was also a gifted speaker. He and I took turns, you could say, giving this or that oration or toast.

And then, a couple of weeks ago, I got a call from him in Aspen. From his death-bed, it eventually turned out… asking me to give the main eulogy.  Quite a phone call. I’d known he was in a bit of a jam but nothing like this.  I rushed back to New York but did not try to see him that night. By the next morning, he was gone.

Speaking is easy for me, but I was almost totally sleepless over this one for the next ten days. My duty to him was so high and my love for him so great,  that words, for once, seemed to fail me. Mercifully, at the actual event, they came back and he got about as good a send off as I could hope to give. A huge relief. But I am still enormously saddened. As I said that morning, At our age, friends die; that’s the deal. But his death was different. With his passing, the ground shifted under the feet of some of us.  Afterwards, the world was a bit different: a  little colder, less decent. A lot less fun. We were all plenty lucky to have him as long as we did. But still…. The ground shifted. And it won’t shift  back.

My great focus these days is the Great  Third Act… especially the emotional or limbic part of it. I am picking away at a  book on the subject.   And one of the tough questions is How to deal with the deaths of friends. And the prospect of your own., before such a hell of a long time.   Not going to talk about that here except to say that we have to get that right (or more or less right) or we’re going to wind up with our face in the frying pan.  I’m working on it… I’ll report if there is any progress.