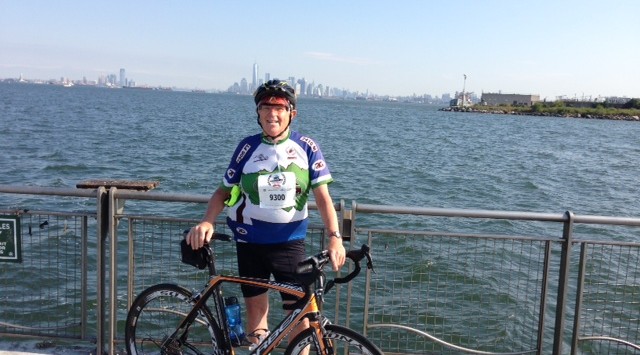 There was an astonishing piece in The New York Times yesterday about a study of SERIOUS EXERCISE and aging. The upshot: Do it and you don’t. That is, do heavy exercise – as we have urged for years now – and you don’t age. Not much anyhow. GREAT STUDY!
They took 126 men and women, aged 55 to79 who could bike 62 miles in six and a half hours. That is a seriously fit bunch of older people, let me tell you. I am going to go out and do it, once the weather warms up a bit, to make sure that I am “with my people.” I assume I am, but it ain’t gonna be easy.
But here’s the deal. They did blind tests on these lunatics (against normal people) for signs of aging. Short answer: “The cyclists did not show their age.” Yay!! “On almost all measures, their physical functioning remained fairly stable across decades  and was MUCH CLOSER TO THAT OF YOUNG ADULTS THAN OF PEOPLE THEIR AGE. …EVEN THE OLDEST CYCLISTS HAD YOUNGER PEOPLE’S LEVELS OF BALANCE, REFLEXES, METABOLIC HEALTH AND MEMORY ABILITY.” YES!!

That’s us, kids. That’s being Younger Next Year, big time. Bottom line: “AGING IS SIMPLY DIFFERENT IN THE ACTIVE” Um, that will be us.