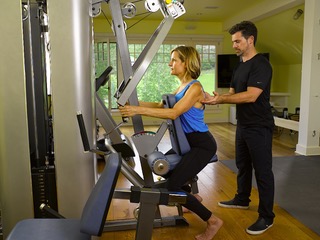 Brace yourselves: this Fortnightly is going to be a commercial, plain and simple. A rare exception to our rule, but it makes sense here. This whole thing is only going to be of interest to serious back-pain sufferers. But I hope that, too, is OK, because a whopping 80% of us have back pain so God-awful that we go to a healer at some point in our lives. And the appalling news is that most of those visits cost a fortune and don’t help much. Some offer blessed, temporary relief, but that is uneven, and none is permanent. In general, back pain just gets worse over time. The average back-pain sufferer pays $2,500 a year for palliative care, and doesn’t get a hell of a lot for it. What we’re about to talk about – my pal, Jeremy James, DC CSCS, and I –  is a little different. BackForever works. And it’s permanent.

Jeremy James has spent his entire adult career as a voracious student of the available science of back pain and as an astonishingly successful, full-time practitioner (he has had an 80% success rate at his Aspen Back Institute which is unheard of in this field). He is confident that BackForever will have comparable success. I bet he’s right. Jeremy had serious back pain as a young athlete and he has devoted his life to ending, first, his own pain and then that of others. He has developed his own, unique protocol. 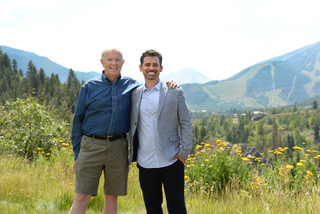 Jeremy looks (see pic) like a carefree ski guy, but that’s deeply misleading. He is, in fact, an extremely brainy guy who is obsessively dedicated to his profession. I have known some dedicated workers in my day, but none more so than Jeremy. He is also committed to the notion of bringing his insights to millions and changing back therapy around the world. That’s where I come in, by the way: he knew about Younger Next Year, and he thought that he and I could work together to spread the word about his back pain protocol. Eventually, I was persuaded, and here we are.

Over the last two years, Jeremy and I have written The Younger Next Year Back Book, about his protocol, which we hope will bring major relief to millions. It is cutting edge, comprehensive and, if I may say so, readable. We just finished the actual writing and editing two weeks ago. Alas, the book does not come out until August (it’s a publishing thing). But when it does, we think it’s going to be pretty good. Okay, it is going to be terrific.

But – and this is today’s big news – Jeremy has just finished creating a comprehensive video protocol, BackForever. In the meticulous videos – of which there are already more than a hundred – Jeremy shows you how to cure your own back pain. It is no substitute for the book; they do different things. But I’d get both, for sure, if I had chronic back pain. BackForever is live right now, and you can subscribe and start ending your back pain today. You’ve suffered long enough.

BackForever is Jeremy’s baby, not mine. But I have had a hand (and a stake) in it from the beginning and have been blown absolutely sideways by how good it is. Jeremy – who is a little serious, as I say – turns out to be a wonderfully empathetic teacher. He cares like crazy, he is beyond scrupulous in telling you exactly what to do and he’s motivational. He wants desperately for you to succeed. The handful of people who have tried it thus far are beyond enthusiastic. No surprise.

The basic premise of our book and of BackForever is that, in almost every case, you created your back pain by your own behavior over time. (Sitting curled-double in front of your computer for years; picking stuff up off the floor with your back instead of your quads and your glutes; other dumb stuff you don’t yet know about.) And only you can fix it by changing the way you carry yourself, the way you exercise and the way you move. By changing your behavior. Jeremy shows you how, in detail. 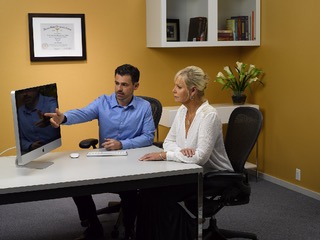 A secondary premise is that back pain is a “whole body” problem and only a whole body approach is going to do any good. That, frankly, is why traditional medicine does not do as much good for back pain. The great gift of traditional medicine is to think reductively… to focus in on the particulars in exquisite detail and then fix them. But it is not the details that matter in back pain. Not the particular pinched nerve or slipped disc. Obviously, those things matter because that’s what “hurts.” But typically the problem is not local, it is body-wide. And only body-wide change is going to affect a permanent cure. Traditional medicine is indispensable when things have really gotten out of hand. Jeremy cannot fix some 20% of the problems out there because they are too far along. Medicine – and probably surgery – is needed. Then you want to come back to Jeremy for a permanent change.

But for heaven’s sake, be careful. The most popular surgery – disc fusion – costs $100,000, it is the most over-prescribed surgery there is, and it only works for a while. The basic forces that caused the problem don’t go away, they just move down the spine and reappear. Eventually, you are going to need a whole body approach. If you get it soon enough, that’s all you’ll need. 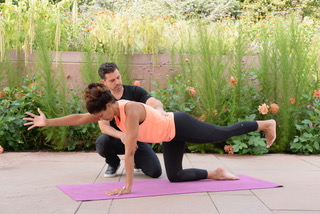 This whole-body/exercise-driven approach is going to take some work on your part – some serious exercise. I was worried that the BackForever protocol would founder on that requirement, because we all want pills or shots in this society. We want quick fixes. And we are hesitant to commit to a serious behavioral change, like exercise. Jeremy was wonderfully optimistic on this front. “I personally know what back pain is like,” he told me. “And I have dealt with thousands of real sufferers. We will do absolutely anything to get relief from that pain. Don’t worry about the exercise: it works and they will do it.”

So give it a shot. Today would be good. Sign up for your free trial here.