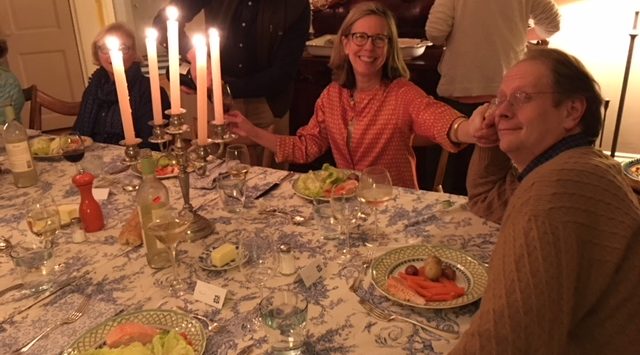 I found myself at three very different events last week and they seem like a modest comment on our life, Hilary’s and mine. Three little points on a long path.

One was a cocktail party at Sarah Plimpton’s (wife of George Plimpton) at what used  to be the office of the PARIS REVIEW, as well as their home. Sarah is selling and moving out so this was a “last call” party at a wonderful place where George hosted hundreds of ‘em. We were on the very outer fringes of that world, at best, but we must have been to, say, a dozen of them. Hilary had done George’s portrait and she and Sarah were friends. George and I got along easily and well, (we had Exeter and demanding fathers in common) which isn’t saying much: he got along beautifully with everyone. He was about the best company I have known. Well, he and – in a very different way – Jim Salter (whom George published when no one else would). Jim was perhaps the best company I’ve ever known. 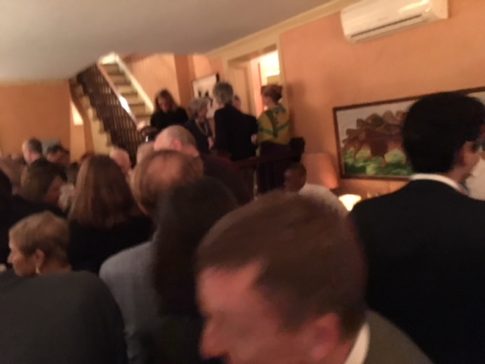 George visited us when we had a house in Sagaponack where he used to have a place (he brought his own fifth of Scotch, just in case, and drank every drop of it; mercifully, we had more). We were faintly more “literary” in those days, just in the sense that we had some writer pals. We saw a fair amount of Peter and Maria Matthiessen and the Salters. Both George and Jim were subjected to my endless novel, which I am just finishing now, LABYRINTH. George (endlessly polite) said he liked it. And Jim said I was the Satchell Paige of serious writers (if you’re a kid and don’t know, Paige was a famous black pitcher who only got into the majors when he was about 50, because of the racial ban of his youth; even at that age, he was pretty good.) I was over 70 (it was after Younger Next Year) when I gave him an early draft. There were other pals from today and from early times. The most famous was Gay Talese whom I had known some in the 1970s.  Today, his daughter is a good pal of Hilary’s. Does that make me feel old or what? I doubt if he had a daughter at all when I knew him. He looked pretty good, though. Always did.

The faint photo above is of the staircase from which speeches were given. I heard a lot of them, over the years, not many of them sober. Fringers though we were, Hilly and I felt nostalgic. Missed George, missed Peter and especially missed Jim. They, of course, were at the center of this life and – for a while – of ours. 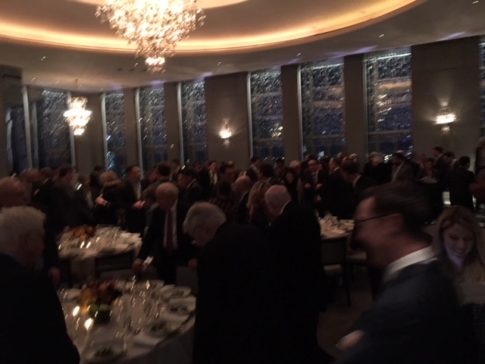 The next terrible photo is of a party at the Rainbow Room in Rockefeller Center, for partners and former partners at my old law firm. It was a pleasant event (in a great room) but mostly it was astonishing how few familiar faces there were. A few and some of them truly beloved. But not many. And think of it: This place was my life for 25 intense years. I cared about it passionately. And now I have now been retired for more years than I worked there and think about it maybe once a week. Impossible to believe.

Finally – just for balance – is a shot of the dinner table in Lakeville last weekend (the sign on the road says, “Crow’s Nest”… Hilly’s idea). This is just a typical dinner for twelve, called at the very last moment, like most of our parties, and lovely fun. (I am usually the cook and this time I made a mess of the sirloin roast. The veg were pretty good, though. The bought cake was better. Pathetic.) We are peculiarly blessed with a bunch of pals from our current life, both up there and in New York. To go with the wonderful ones in our past. So lucky! We are mammals, kids: Cuddle up. And keep adding to the club.